The History of Lyons Ranch 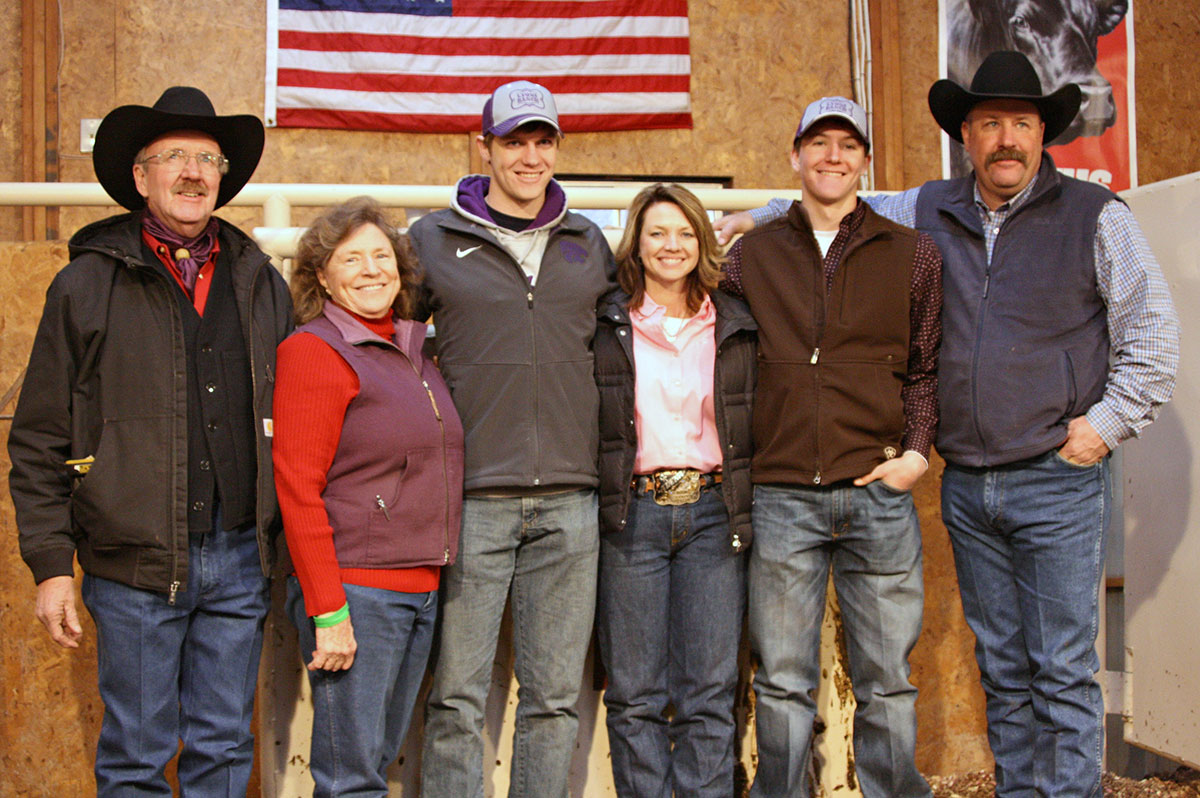 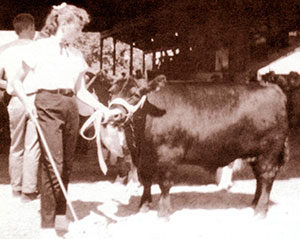 Jan was raised on a small Angus farm in eastern Ohio, helping her dad and brother with the farm and taking care of their cattle. She and Frank, whose family farmed as well, wanted to raise their daughters to appreciate good cattle and the ideals and work ethic they valued so much. 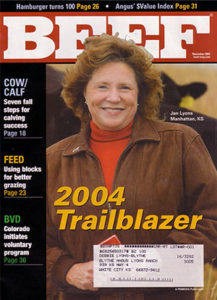 They started to put together a registered and commercial cowherd in the late 1970s, with some of the females originating from Jan’s father’s herd. From the beginning, they never chased industry fads, but focused on the solid traits inherent in the Angus breed – moderate, easy fleshing cattle, with great carcass and maternal quality. In the early 1980s, Lyons Ranch invited cattlemen and women to come by to select herd sires from a small group of registered bulls. Jan sold bulls privately behind the old chicken house for many years. When the demand grew so much that so many customers asked to have “first pick”,  it was time to host a production sale. They held the first Lyons Ranch production sale in February 1988. The Lyons family was humbled by the acceptance by the crowd who came that day.  They recognize their good fortune to know and work with some of the best cattle people in the world. On March 2nd, 2020, Lyons Ranch will host its 32nd Annual Lyons Ranch Superior Genetics Angus Bull Sale.

Frank was a practicing radiologist for more than 45 years and recently retired from Kansas Regenerative Medicine Center, a stem cell therapy clinic. He has always loved medicine and, in a quiet way, has worked to help people improve their quality of life.

Today, Lyons Ranch consists of Jan and Frank and with their daughter Amy and her husband Karl Langvardt. In addition, the third generation is making it’s mark. 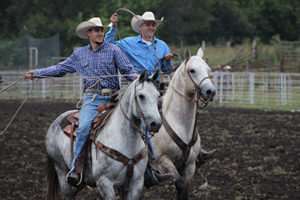 Amy and Karl now manage the Lyons Ranch cowherd. Amy has served on the board of the Kansas Foundation for Agriculture in the Classroom and Frontier Farm Credit nominating committee. Karl has been a Wabaunsee County KLA Director and volunteer football and baseball coach. The whole family has enjoyed years of cheering on the boys at horse shows, 4-H events, and baseball and football games at all levels. Karl and Trey like to team rope and ranch rodeo with Trent Langvardt, Karl and Amy’s nephew, and Bailey Allen — both are part of the crew at Lyons Ranch.

Karl grew up selling cattle. His family, his mother Ann and brothers Mitch and Lynn Langvardt, own and operate two livestock sale barns — JC Livestock Sales Inc. in Junction City and Clay Center Livestock Sales in Clay Center. Karl and Amy have worked to market thousands of commercial cattle from the area to cowherds, backgrounders and feedyards in the central part of the country, including many Lyons Ranch sired calves at the two sale barns’ regular and special calf sales.

The family counts its blessings daily, and they continue to grow. Trey plans to graduate from K-State in Animal Science in December 2019 and return to the ranch. Tanner starts medical school at the University of Kansas this summer. He and his high school sweetheart Shelby Morgan were married in June 2018. 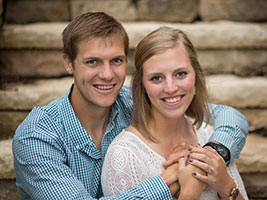 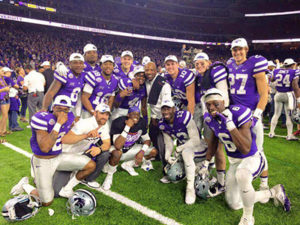 Amy’s sister Debbie and her husband Duane Blythe stepped back from Lyons Ranch in 2008. With their children — Meghan, Allie and Jeff, Tyler, Eric, and Trent and Brier — they make up Blythe Family Farms LLC at White City, Kansas. Debbie is active in state and national beef organizations and educates about beef sustainability in her blog Kids, Cows, and Grass. The Blythes have many ventures, including Level Creek Outfitting, a guided bird hunting service started and managed by Trent Blythe.

The first photo below is of Jan and Frank with their seven grandchildren and her father, Harold Ferguson, when Jan was named 2008 Kansas State University Livestock and Meat Industry Council’s Stockman of the Year. The second picture was taken at the Main Pasture — the Lyons and their grandkids, one decade later. 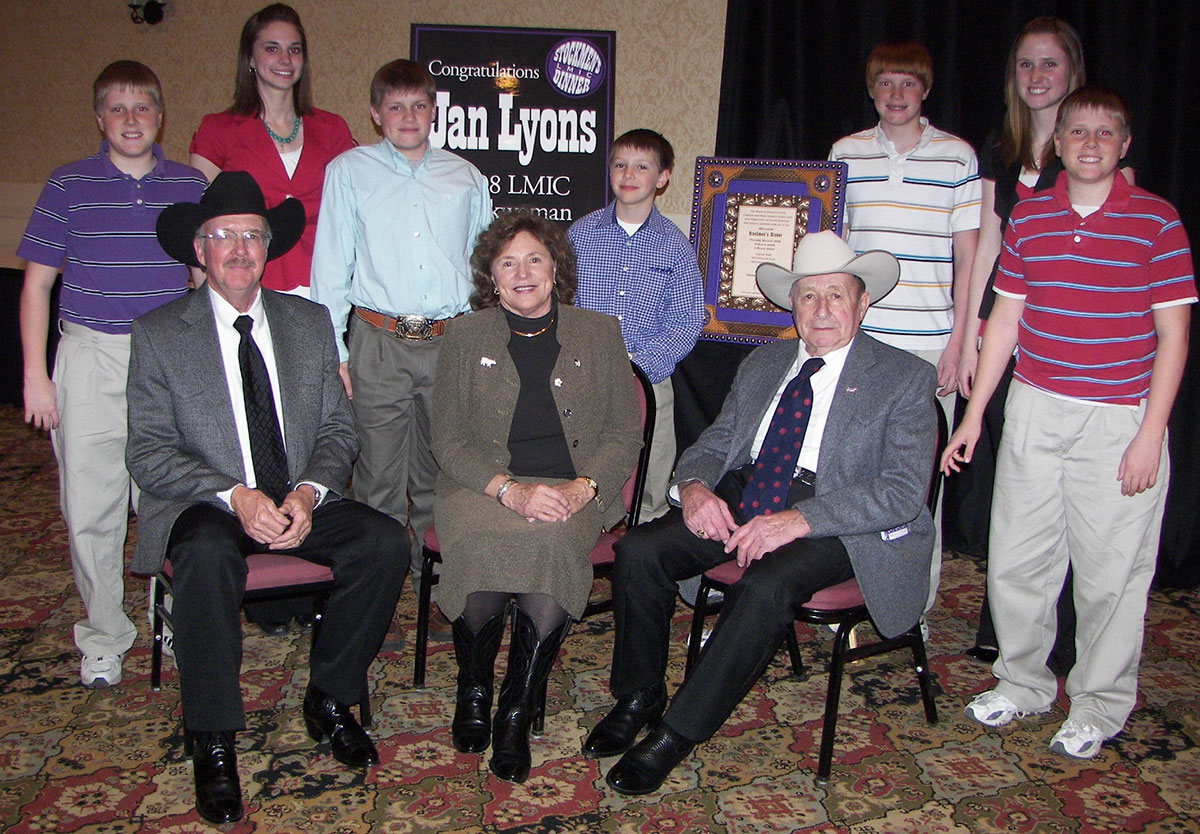 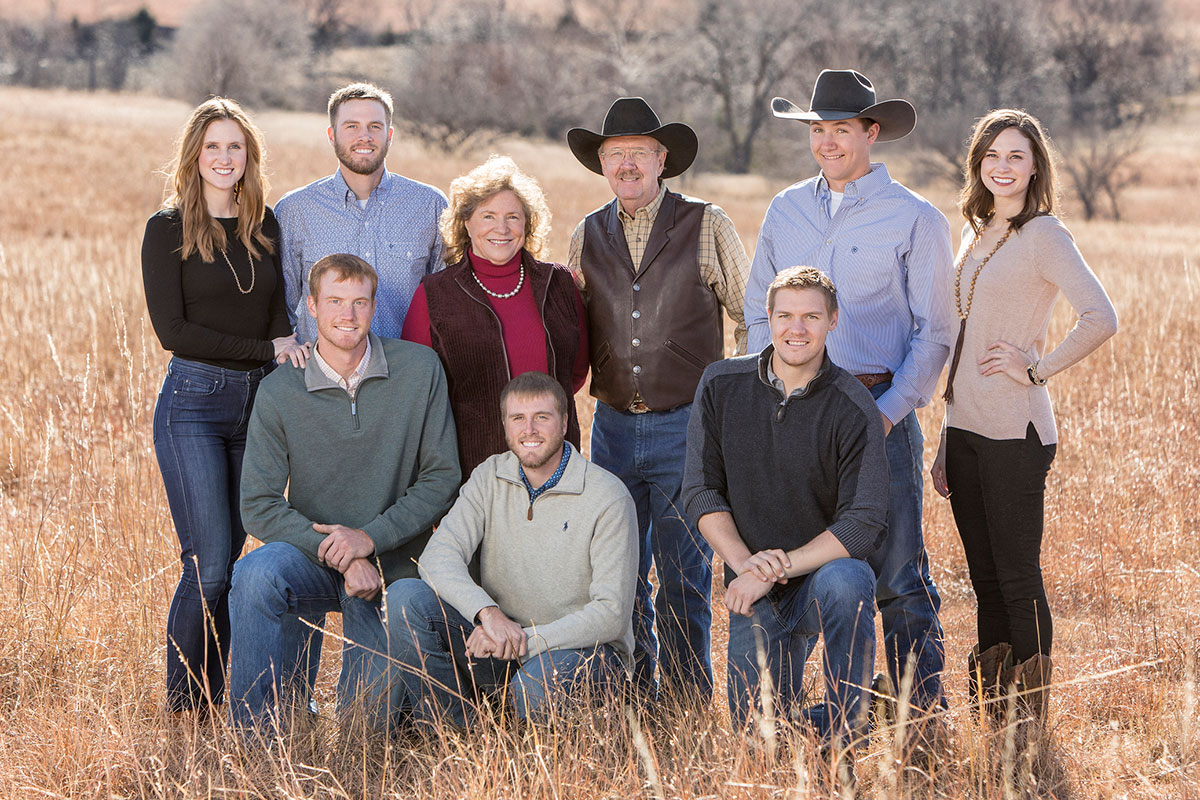 Going Forward with You

Many things have changed in the last half century, but the Lyons Ranch commitment hasn’t wavered. Lyons Ranch has a history and a future. We want to help you accomplish the goals you have set for your cowherd and be your partner in taking the beef industry forward.

Lyons Ranch would truly be honored to be Your Source for Superior Genetics.

Let us know how we can help you! 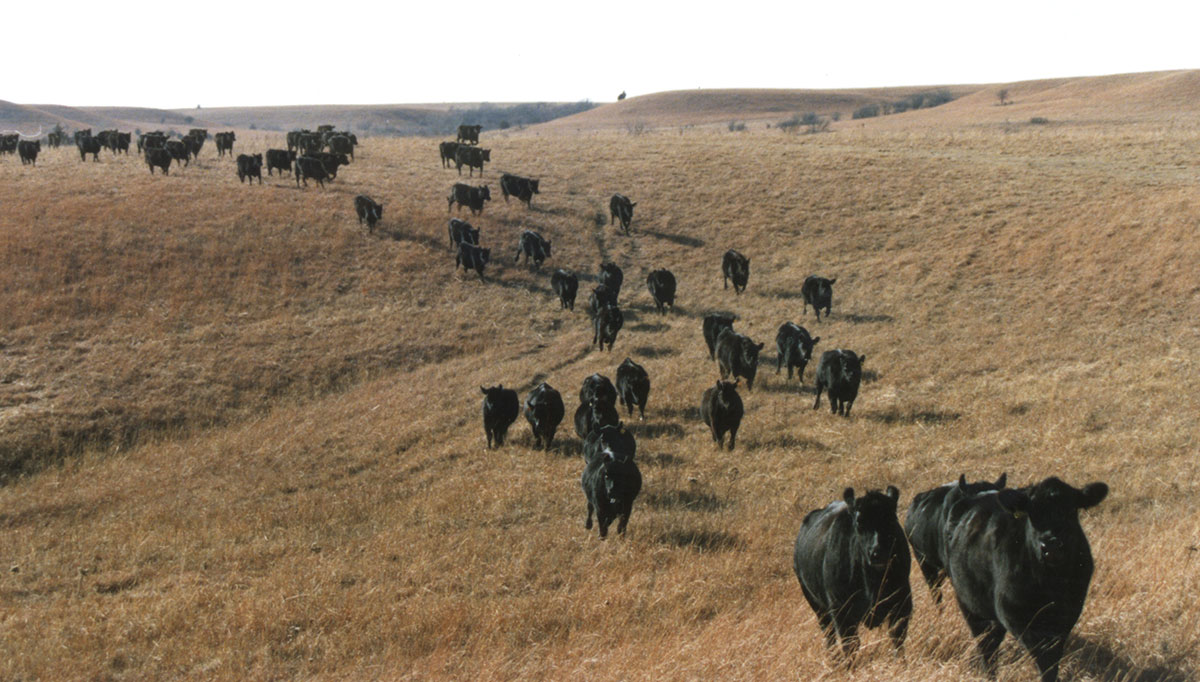